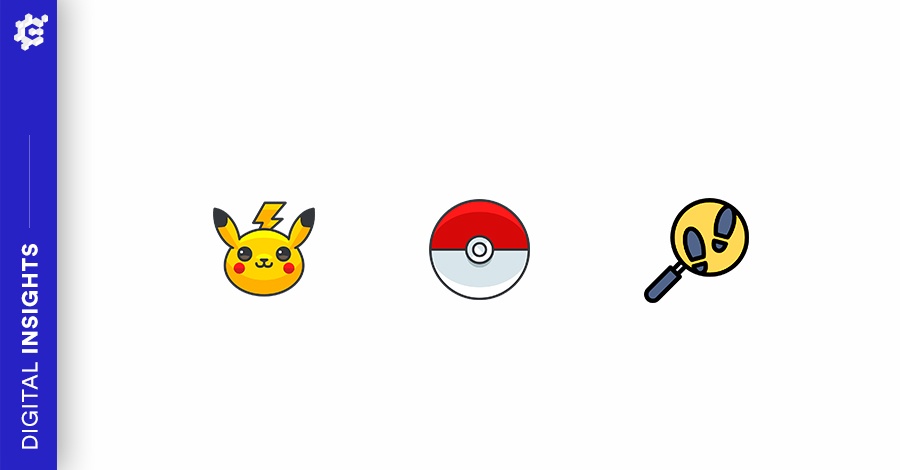 If you haven’t already heard or seen it, the trailer for the movie Pokémon: Detective Pikachu dropped this week and at time of writing, has gained over 30 million views on youtube and more than 34 million views on Facebook. This is the first time Pokémon have been rendered realistically in a film and departs from the usual look and feel from all the previous animated Pokémon movies.

We find out how Pokémon has remained enduringly popular, and explore measures are the Pokémon Company continue to engage and profit from its' adult(ing) and adoring fans.

First, what is Pokémon?

For the uninitiated, here is a crash course on Pokémon so that you can understand this article better.

Initially called "Pocket Monsters", Pokémon became a huge global hit in the late '90s. The original premise of Pokémon is simple - you are a young boy who goes around capturing monsters called Pokémon on a quest to build a complete collection of the monsters and capture them to train and battle, and defeat other trainers for sport.

When we say Pokémon, we refer to the monsters that appear in the Pokémon universe (such as Pikachu), as well as the brand and media franchise in itself. The Pokémon Company is the company responsible for brand management, production and marketing of the Pokémon franchise.

Now, back to that upcoming Detective Pikachu movie making shockwaves on the interweb.

The reimagining of the Pokémon universe has sparked much debate with fans divided in their opinion of it. The odd choice of Ryan Reynolds to play the titular Pikachu, is somewhat downplayed by the fact that Detective Pikachu as a character was already talking in the game of the same name release earlier this year. The bigger focus among fans is on how the Pokémon have been depicted photo-realistically.

The divisiveness aside, the launch sparked an almost expected furore of conversations, and whichever way you take it, these social and very public conversations about the brand will play out to the franchise's (and movie's) advantage, as evidenced by over 785,200 users engaging with the Pokémon page on Facebook officially. Note that this number only presents the number of direct on-fanpage-engagements with the page, and not organic conversations happening outside of the official page's purview.

For reference, Super Mario, itself a property of Nintendo with 2.1 million fans, saw no traction in the last week.

Context: How did all of this Pokémon hype begin?

To understand how something that started over 20 years ago can still garner so much buzz today, let’s go back to the beginning. Created in 1995 by Satoshi Tajiri, Pokémon started off as a video game to be played on Nintendo’s Game Boy and also included the trading card game as well as the animation series that started in 1997. It proved to be a massive hit, and quickly grew to be loved by a whole generation of children at the time. Those children, today are now in their 20s and 30s.

While hardcore fans have been playing the ongoing iterations of Pokémon Nintendo games throughout the years, something else re-ignited the spark amongst more casual enthusiasts: Pokémon Go.

Huge numbers of people walking around spaces that were often sparsely populated such as parks to catch rare Pokémon. While game-play now has changed slightly, crowds still appear in their hundreds during monthly in-app events. The global phenomenon had over 800 million downloads worldwide as of May 2018 and generated $104 million in that month alone, proving Pokémon's mass appeal and wide brand recognition.

This game was Pokémon's most successful foray into mobile apps to date - and presents a marked departure from their roots of focused development for the Nintendo ecosystem of handheld gameboy variants, where it originally launched, to the desktop consoles like the Wii.

By opening up a popular franchise, essentially for free under the freemium model, to the masses, The Pokémon Company was able to expand beyond the confines of its core audience. It was popular and accessible - which in retrospect, appear to be ingredients for a runaway cultural hit.

Building on a strong audience base: Using the new Pokémon Let's Go game on Nintendo Switch to expand laterals

The company’s latest iteration that drops this week - Pokémon Let’s Go, marries the RPG nature of the Nintendo games with features that integrate gameplay from Pokémon Go. This article explains how game mechanics have been changed for this new game to allow new users and younger players to easily access it while giving options for hardcore fans and older players to get more competitive.

This shows that Nintendo is not one to rest on it's laurels. Despite Pokémon Go, the app that precedes this, still holding a healthy user base and raking in tremendous profits (US$2 billion, according to Apptopia, as of September 2018), it continues to expand franchise with other potential verticals such as this one.

This can be seen as one strategy of offering fans a continued stream of alternatives and options - within the same franchise, keeping their affinity to audiences ever-refreshing and expanding.

Audience analysis of Pokémon: Who is really playing Pokémon games?

While the aesthetics of the games and the storylines of the series seem to imply that children are the largest share of The Pokémon Company’s audience, the numbers show a different picture.

In its financial briefing last year, Nintendo revealed that Pokémon Sun and Moon on Nintendo DS saw more players in their 20s and 30s buying the games than previous versions. Notably, that’s approximately the age group of those who were children when the Pokémon franchise first launched 15 years ago.

In fact, when we look at Singaporean data on Facebook (which unfortunately only allows insights from users 18 years old and up), the core audience base of Pokémon Go is between 25-34 years of age. 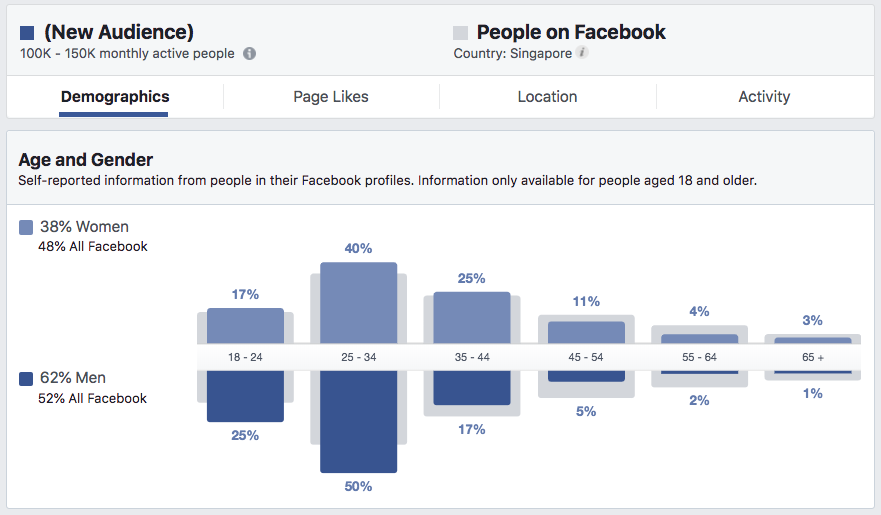 This shows that Pokémon is no longer a child's plaything, appealing today to older audiences - which in turn means audiences with better disposable income, which makes sound business sense for any company, including Pokémon.

Brand longevity lies in understanding your audience, and if need be, growing up with them. 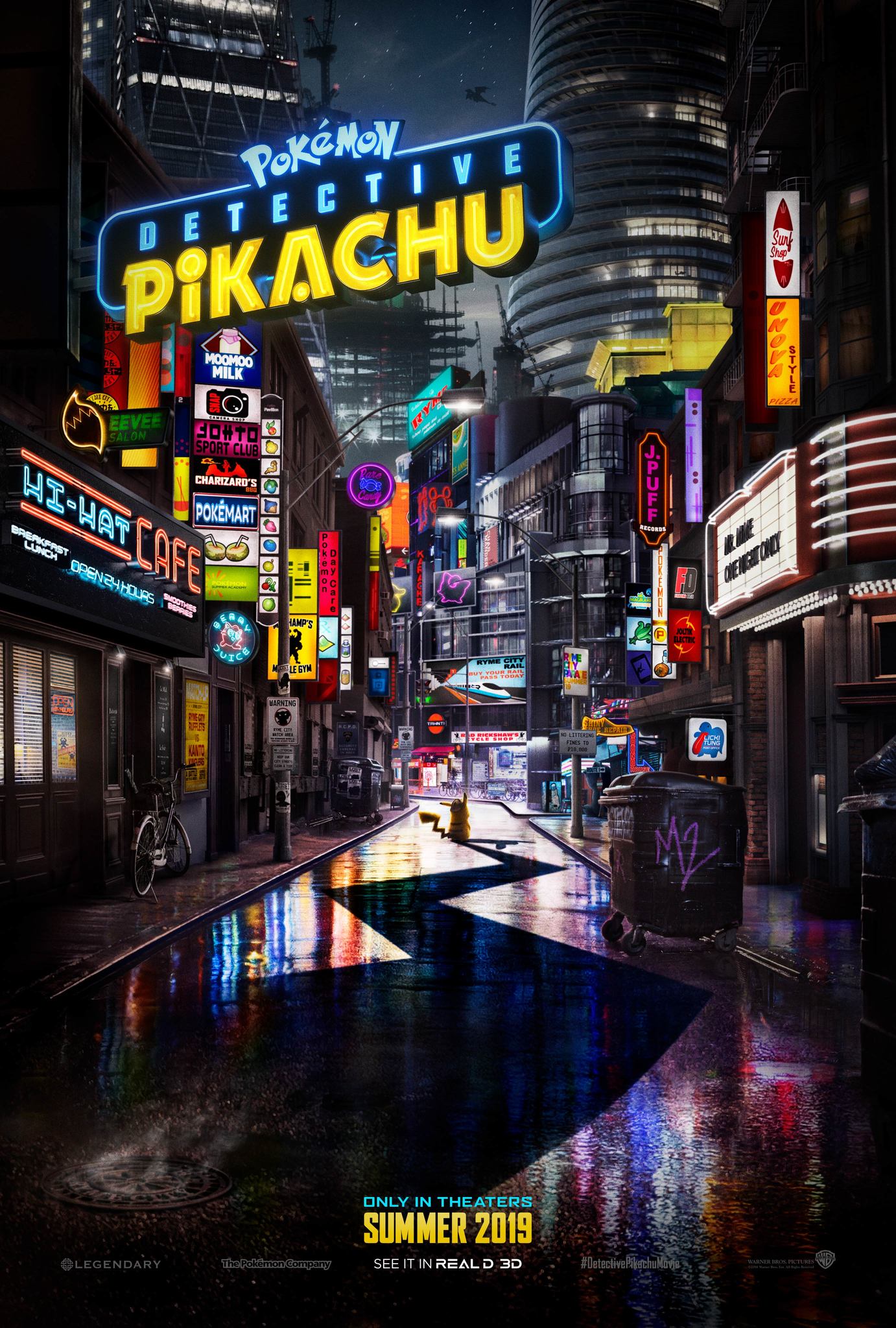 Using Pokémon's own terms - evolution is key. The makers and managers of Pokémon have demonstrated a well-honed understanding of their audience, and are not afraid to take calculated risks in order to continually appeal to them.

It took a risk when it expanded outside of the Nintendo console game offerings (remember, Nintendo is part of the consortium that owns The Pokémon Company) and went mobile, for free. This could have diluted Nintendo's sales as a tradeoff on platform exclusivity with the franchise.

With the Pikachu Detective movie, The Pokémon Company is once again taking the risk of alienating an audience who have grown to associate a specific brand style and visual with Pokémon.

To us, this is part of Pokémon growing up as a brand, alongside with its audience. They do this by employing different channels and verticals, and even creative styles that The Pokémon Company might never have pegged as "on brand" before. That said, the move into a darker kind of show with comedic undertones, could make a good connection with the aging audience highlighted earlier, who might have outgrown the de-facto Pokémon visual styles employed across all franchise properties before. In fact we're calling it: this movie should be set to be Pokémon's highest grossing movie to date, and will be sure to generate sequels and spin-offs in similar fashion.

A lesson all brands can learn from Pokémon: if need be, challenge the status quo and shatter guidelines exist seemingly to keep you popular - to push envelopes into continued or greater popularity - for these very guidelines could be the same ones limiting your brand's opportunity.

In summary: What marketing takeaways can we learn from The Pokémon Company?

The nature of the Pokémon games and series leads many to believe that the company focuses primarily on children as their target market and for the most part in their early years, this is true.

That said, looking at the statistics, their biggest segment of consumers are above 18. This has not gone unnoticed by the Pokémon company, and here are three things they’ve done that keeps their consumer base strong 20 years on.

1. Evolution is key: Brands should grow with their core audience.
While the key ideas of the Pokémon company have remained the same, they have added features to the games and diversified their messaging to continue engaging older audiences; allowing them to not only maintain their profits, but continue increasing them.

2. Pikachu is as strong an icon as ever: as the nostalgia factor in marketing is a strong pull.
Last year’s 20th year anniversary Pokémon movie was a retelling of the series protagonist’s beginning, and raked in over $34 million worldwide, surpassing any Pokémon movie prior. It’s no wonder the new Pokémon Let’s Go has its’ premise set in the very first Nintendo games.

3. Examine your customer personas constantly, and re-evaluate their shifting desires and tastes.
While Pokémon has obviously hit an appeal-goldmine with younger audiences with the original properties style, tone, treatment to date, and was until recent years, seemingly content with acquiring younger audience segments as they come of age, they also looked at their churned audiences who were outgrowing the franchise, and asking how can we re-engage them in ways that appeal to their maturing psyche.

Pokémon icons in header courtesy of Roundicons Freebies (via flaticon), licensed by CC 3.0 BY.