You’ve seen the empty billboards. Buses and trains once fully skinned with ads, now back to their original colours. Public monitors that once played ads, now forgotten. Print publications closing up shop right and left. What once defined the advertising landscape, boasting captive audiences now often get ignored.

Is traditional marketing dead in Singapore?

In today’s fast-paced, digital-everything world, it’s only natural to think that non-digital forms will go the way of,say, the telegram, the cassette tape, the typewriter (remember those?). 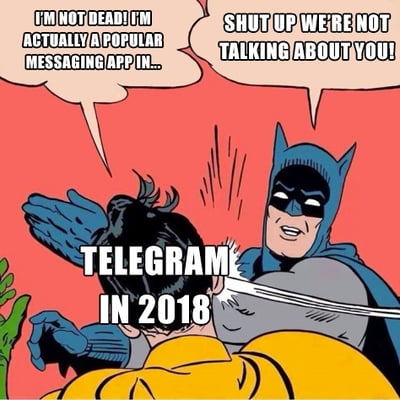 So yes, marketing should go digital. It makes perfect sense, especially when Singaporeans are the second most Internet-addicted people in the world.

But first, let’s take a quick look at traditional marketing platforms, and how ads are delivered through them.

What is traditional marketing?

We’ve all seen one—in newspapers, magazines, and other printed publications. The main idea is that these serve as publications delivering content, where product placements can be weaved on (or sometimes, even take centrepiece for the story), while being supplemented by advertising pages.

Out-of-home ads refer basically to any spot you can place large billboards that service outdoor open spaces and turn them into advertising opportunities, like approved building facades (the Urban Redevelopment Authority regulates outdoor displays in the Singapore skyline, including outward-facing billboards in private building properties).

Broadcast marketing is the traditional advertising behemoth that defined advertising practices existing to this day, and encompasses TV and radio. Ads are traditionally served intermittently between TV programs or radio shows, or increasingly, interwoven into the actual TV program as branding, product placement, or a focal point to the story, or as brand story plugs to radio show banters.

Point-of-sale marketing revolves around marketing to someone already making a purchase to influence final-leg buying decisions. This essentially makes this another form of outdoor print advertising, commonly found around physical retail stores.

That pretty much sums up the list of accessible traditional marketing platforms.

Now we'll take a look at how digital media went on to displace "tradition".

Why traditional marketing is dying.

This is a no-brainer, given that you can do a quick search for the answer on Google, or serve as a personal testament to what we are saying.

Now that you know what our reasons are, let’s examine the problems that have plagued traditional marketing, which led to their demise.

Traditional marketing is not really dead, but evolved. Mostly.

The fact is each of the traditional platforms are facing declining prevalence, having seen years of cannibalisation with the advent of the digital transformation that seemingly took a foothold in Singapore overnight (who remembers the transition to when you stopped buying newspapers and began consuming news through digital channels).

There is a caveat to our statement.

When we say traditional marketing has died, we don’t mean it literally. Because it hasn’t so much died as it has been transformed—or changed with the times. 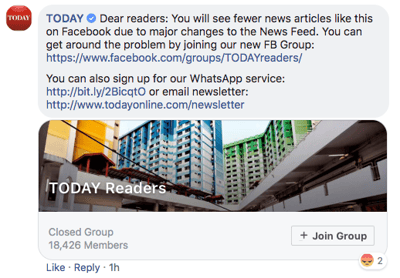 Print ads have now moved onto social, with corresponding digital publications. We look at outlets like Today and The Straits Times, who tend to take centre stage in many Singaporean newsfeeds (and draw almost universal ire with their paywalls). These traditional media publications are, today, on top of their social media game, even leading the charge to herd their Facebook page followers into groups, in anticipation for things like the prophesied feed-pocalypse brought about by Facebook algorithm changes.

Broadcast media want in on the action too, and despite questionable forays into the digital arena (ahem, Toggle), even media behemoths like Mediacorp know all-too-well the threats that digital has on their bottom-line, despite most surveys placing broadcast as the top media in terms of time-spent in Singapore.

You see, advertising is intrinsically linked to time spent on the media. The more a user spends time on a media platform, the more opportunities there are for marketers to slot something they’d like to plug. Increasingly, one can find most users online. 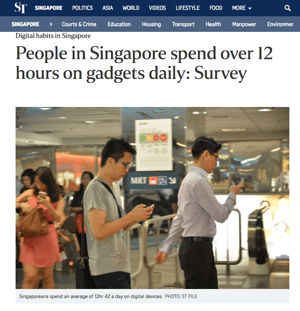 For Singaporeans specifically, it is reported that we spend more than half of our day tied to our digital devices.

Globalisation has cannibalised the demand for local content, too. Offerings like Netflix, Youtube, and Amazon Prime—on top of digital Pay-TV—are now available to users that weren’t present before. Millennial challenges like piracy also enter the fray, taking the content distributor out of the picture entirely. Marketers might not know what to do with TV boxes and torrent sites, but the reality is, ad inventory is readily available here as banner ads or as annoying pre-roll or interstitials in TV boxes (don’t ask me how I know, I deny any allegations that I own an illegal TV box).

Even POSM has digital equivalents in the form of automated mailers after checking out, and costly full-page print ads are seeing new life as equally-costly full-page splash ads on high-traffic websites.

Those are the fortunate platforms with digital, connected alternatives.

Well, they get left behind.

The problem with outdoor media in Singapore.

Unlike our counterparts in Indonesia, Philippines, and even Malaysia, outdoor large-format billboards along the highways are not commonplace here. We’ve never developed a cityscape where highways are littered with billboards and flashy LED screens, so implementations we do have can sometimes prove sloppy, with sometimes poor visibility or placements that just beg for them to be ignored.

Marketers are also generally shying away from bus skinning, train skinning, and even banners in transportation as these seem a costlier deployment than digital campaigns. Take for example train billboard placements, once prime locations to advertise, which now lay empty. Or banner and full-skinny spaces in train stations now laying empty, or being used to advertise itself, ironically bringing its very disuse front and centre.

When researching how much these ads actually cost, it’s no wonder they are increasingly being overlooked by marketers.

Skinning 2 trains for 4 weeks? S$42,100. It’s prohibitive prices like these that show why brands are shying away from the medium, leaving more empty slots where ads used to be, which has seen little format innovation besides expanding on available skin-able inventory.

*prices based on several decks we compiled in 2017-2018 from the service providers, based off their regular, non-promotional prices.

We’re sure there are brands that can afford and need mass-market, non-targeted advertising, or as part of their greater marketing mix, but many can’t. At a fraction of these prices, advertisers can reach their intended consumers digitally, exactly when they want and how they want to. On top of that there is an almost-immediate feedback loop for ads, so you know when something isn’t working as well as it should, and potentially swap that out for something else.

No such thing for traditional media.

Now, we’re not saying that traditional outdoor media inventory are useless in advertising campaigns. We’re saying marketers should rethink the mileage of different platforms when crafting their rollout strategy. And as a digital-first company, we espouse that the first choice always be likewise.

There are some other problems with traditional media.

Declining print readership can be easily seen with newspapers like The New Paper turning to a 5-day publication cycle versus a daily one, and Today, formerly the most circulated newspaper in Singapore, having gone fully digital. The way Singaporeans consume news and read is just changing, and—Straits Times paywalls aside—for the better.

Conversion and adoption of print media to digital and social publications. The digital metamorphosis of print isn't limited to newspapers alone. Magazines too, are turning to online presences. Local behemoths like 8 Days and i-Weekly are set to go fully digital by September 2018, marking an obvious move to follow your readers where they are, transcending into magazines too.

Ingrained ad-blindness. This is the last nail in the coffin, from Singaporeans and people in general. We're so used to being bombarded by ads, that unless it's particularly captivating or innovative, our minds tend to block them out. While digital media are not averse to the perils of people being desensitised to advertising messages, it has the benefit of being targeted (serving the right people what they need), tested, innovative in the types of delivery and ingrained into the very content we consume digitally. All aces traditional media does not have.

Traditional media is evolved. It is today’s digital, a reincarnation of its former self. In a few years, traditional media as we know it will refer to digital, or at least encompass it. Gone are the days when digital media is regarded as new. So it’s high time we marketers ride the bandwagon in order to secure your spot in the digital landscape—and rake in the benefits, both monetary or otherwise. 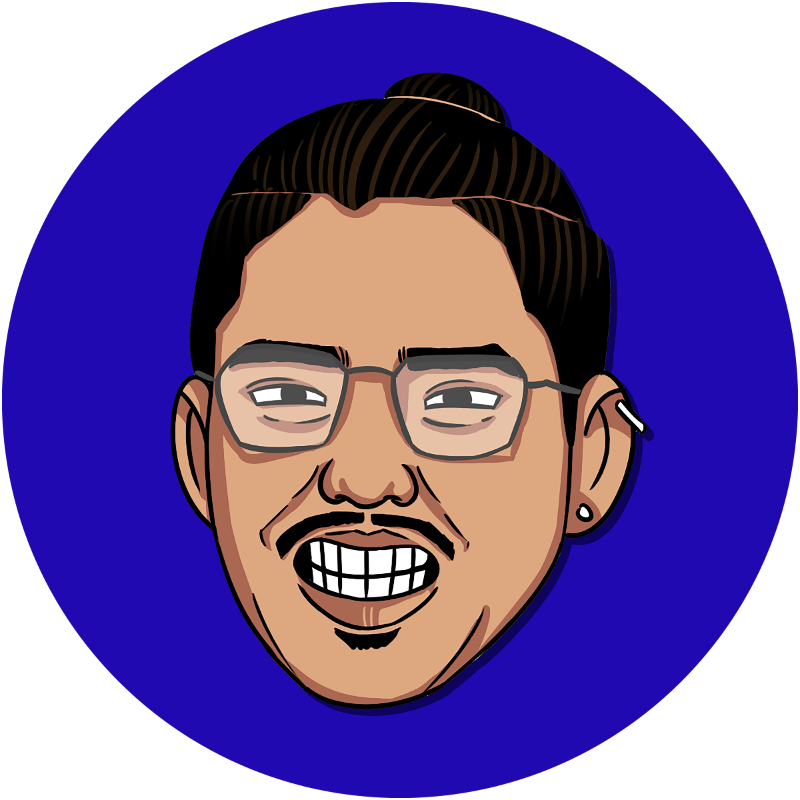 Businesses that use automation have seen increased leads and sales, driving a 14 percent in sales productivity and a 12 percent reduction in marketing overheads.

Chatbots are all the rage, but what do they actually do? AI chatbots workflows use AI to help your customers get answers to their questions quickly and easily. The AI bot remembers past conversations and gives better responses during future chats. ...

Chatbots For The Modern Business: Simple Vs AI Chatbot Workflow...

Digital transformation is truly a business priority, not just a technology priority.  It's more than adopting new technologies or processes; it is about embracing digital as an essential differentiator to fundamentally change how we do business and ...

The Strategic Business Imperative for Digital Transformation in Asia

Creativity is the most powerful and valuable asset for a marketer. It can help create new brands, improve customer relationships and open up new revenue streams. Creativity has been around since the dawn of time and it will always be an important ...

Why Creativity is the Marketers No.1 Asset and how to Improve your...