What Marketers need to know about the Metaverse in 2021 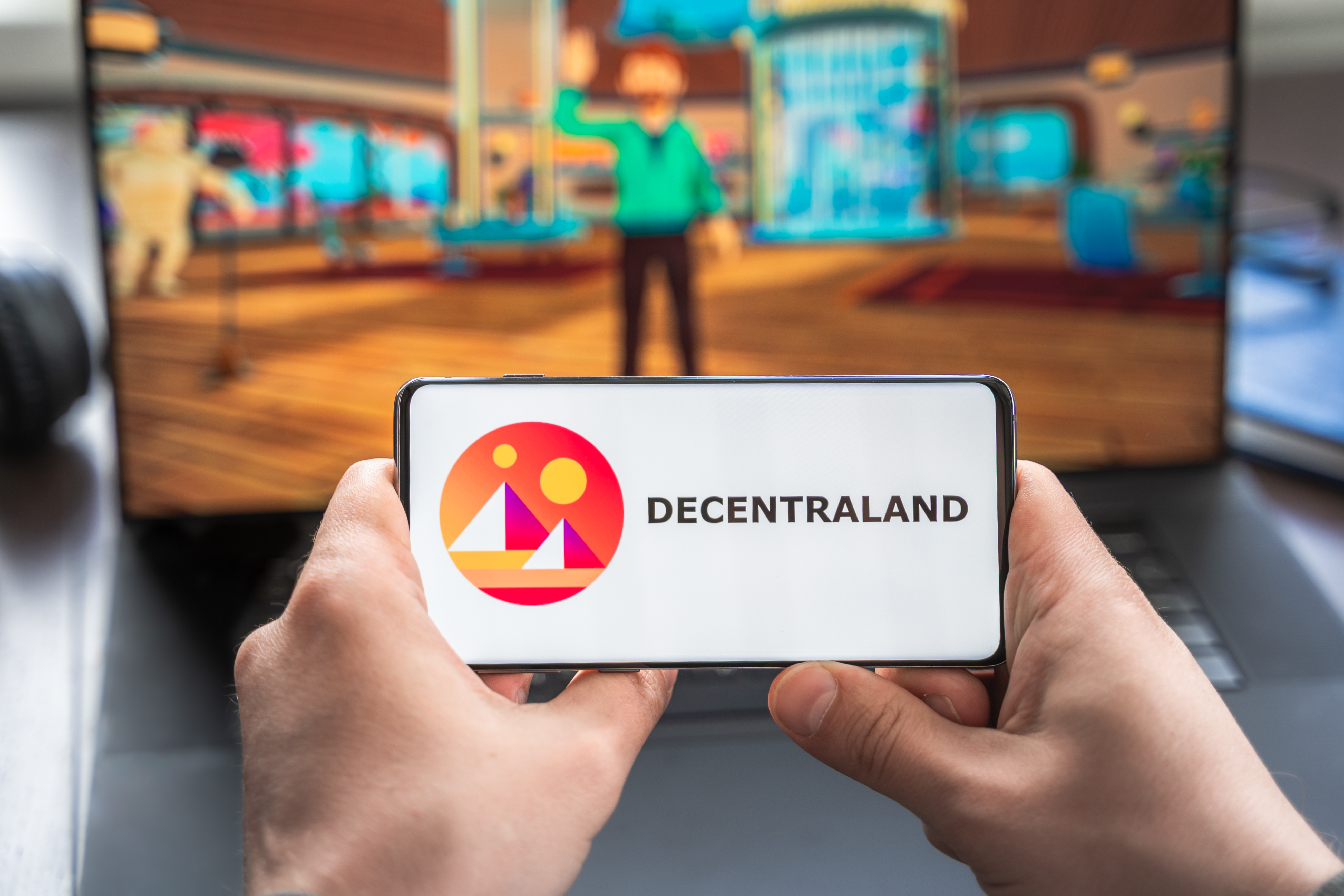 What is the Metaverse? It is a term that might have some of you running for the hills but before you scurry under a desk or do something regrettable, stick around as I shine some light on the concept and what you, as a Marketer, need to know to prepare your brand for a world where people will operate seamlessly between the physical (IRL) and virtual worlds.

Coined in 1992 by Neal Stephenson in his seminal Sci-fi novel SnowCrash, the term Metaverse has finally entered the marketers' Zeitgeist in 2021 as a result of Facebook's plans to take it over.

What is the Metaverse?

“The ‘metaverse’ is a set of virtual spaces where you can create and explore with other people who aren’t in the same physical space as you.”

These are most likely fully immersive virtual 3D environments which can be experienced thru VR headsets like Oculus. An example of such environments would include the oft touted Second Life game from the early 2000s. It could also include the highly popular Fortnite FPS game from Epic Games. Unfortunately most of these platforms, albeit being virtual worlds, don't meet some of the requirements of a “true Metaverse” which would allow you to operate your Avatar seamlessly between the different worlds, making it possible to take your virtual currency from one world to the next.

Imagine, you've worked hard in a virtual world game like World of Warcraft to earn a particular weapon. This weapon only exists in WOW and cannot be easily transferred to another platform. But what would happen if WOW got shut down? You would lose all your digital assets you have spent hundreds of hours creating. A truly viable Metaverse would allow assets to belong to the owner and not be intrinsically tied to the platform they exist on - hence the need for interoperability. The Metaverse must be an open ecosystem, not an ecosystem dominated by the whims of any single company.

Some of the other ways it’s been described

- A digital space attached to but separate from the world wide web.

- Have "unprecedented interoperability" allowing you to take your avatar and goods from one place to another.

- Ideally be decentralised - meaning its not owned by any single company or person but rather run on the same principles of decentralised apps and digital currencies like Cryptocurrencies and NFTs. 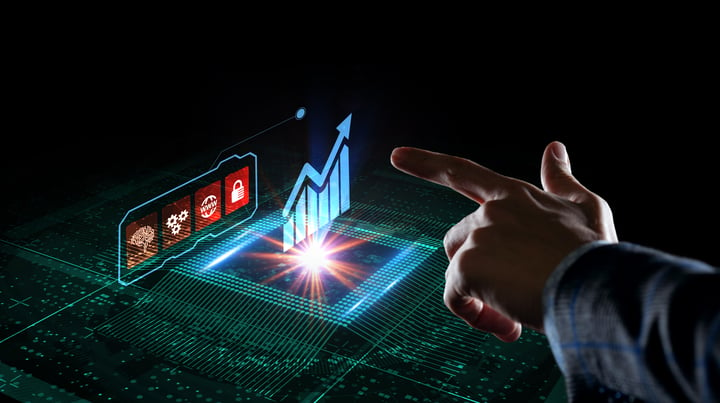 We have now seen Virtual world games like Fortnite reach over 350M Users since 2020 and its showing no signs of slowing down. Great Internet speeds and modern hardware are making such platforms highly accessible and fun to hang out in.

Along with this, there have been big investments made in this space further pushing innovation and adoption. Besides Facebook’s promised investments, Epic Games recently raised $1B "to support Epic's long-term vision for the metaverse"

All this is well and good for platforms being built by rich, large corporations, but in my opinion  the Metaverse can only truly become a reality as a bottom up enterprise, which is open, connected and decentralised. And this is being made possible by the adoption of a number of technologies that are revolutionising not only the Digital space but also Finance and other businesses fundamentally.

Blockchain technologies and Decentralised Apps which are built on the blockchain will play a critical role in the development of the Metaverse. The attraction here is the ability to build applications that are decentralised meaning not owned and operated by any 1 corporation. This also means that no one corporation has control over the mechanics and economies of such worlds. Along with this, decentralised currencies (like Bitcoin or Ethereum) will be used to drive the economies of the Metaverse.

Another aspect that is driving the growth of the Metaverse is the advent of Open computing standards and platforms such as:

-- Decentralised ledgers and smart contract platforms like Ethereum and the Binance Smart Chain (BSC) which support transparent, permissionless, and censorship-resistant transactions. These form important foundations for the ownership economy so you can own a digital asset irrespective of the Virtual World you may have acquired it.

-- NFTs - this is a whole topic by itself, but the recent popularity of NFT demonstrates people's desire to own Digital assets and artwork which can then be utilised and easily transferred between Virtual Worlds while maintaining full ownership rights over them.

Why Should You Care?

There’s a lot going on in this space and the advances are coming thick and fast. But what does all this have to do with Marketing? I remember this was a similar reaction I got when I wrote a lengthy piece on the growth of Facebook and its IPO about a decade ago. As a marketer we need to be aware of where the world is headed as we are ultimately responsible for shepherding our Brands in this new world.

People (specifically Consumers) are getting used to spending on digital Items (take for example that Apple's customers spent $1.8 billion on digital items and services over the Christmas Holidays in 2020). We are now subscribed to SaaS applications at work as well as for personal services like iCloud as games. We don't necessarily need to receive a physical item to be gratified for spending our dollars. This is an important mindset change that has happened over the past decade, brought about by the adoption of subscription services like Netflix and iCloud.

Another adoption driver in my opinion is that with many of us now used to working remotely, it would be easy to imagine working in a Virtual World which might be a whole lot more engaging and fulfilling than a "basic" Zoom call, and virtual worlds are beginning to see the opportunities. One of the Metaverse’s key benefits is supposed to be “presence” — a sense that you’re physically engaging with places and people instead of watching them through a window. Gathering your co-workers around a virtual table in a service like Spatial and Facebook Horizon, for instance, could feel more natural to some people than looking at a grid of Zoom thumbnails

The Metaverse will also present new ways of doing business. Since the pandemic, marketers have struggled to reach audiences through events and conferences which have been a lifeblood of B2B marketing. But take Decentraland (which is not owned by any corporation but by a DAO (decentralised Autonomous Organization)) which now allows Users to set up Virtual conferences within its Virtual World. Now imagine running your events in a truly interactive 3D space where you can create unique and creative booth experiences for Customers and visitors alike. 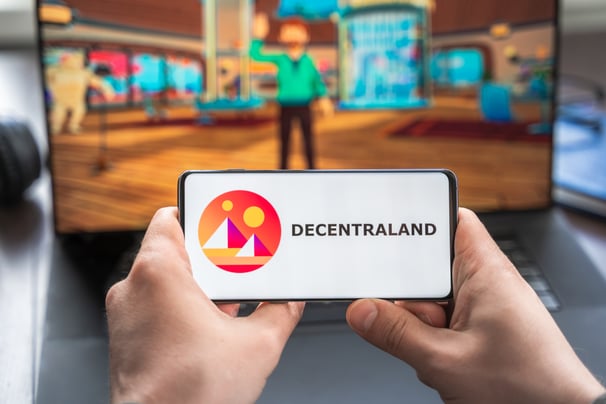 Today there still isn't one universally interoperable Metaverse. Instead we have a bunch of different Virtual World's competing for User's time and attention. So for some time to come, Marketers are going to be scrambling to figure out which will matter to their target Audience, Just like how, today you have to decide whether you want to invest your media budgets on Facebook, Linkedin or TikTok. This is why Facebook is jumping head-first into the Metaverse space, as they know Advertisers will pour money into whichever platform gets the audience's attention and eyeballs.

Finally branded Digital Assets will play an important part of your Brand’s identity in these new worlds. Imagine you are Nike. Everyone wants to have that famous swoosh emblazoned on their shoes and garments. As it is, you struggle with cheap knockoffs in the real world. What if I wanted to dress my Avatar in Nike from head to toe? As a brand you want to be able to provide your consumers with the authentic digital version of the products and with blockchain technology you and the consumer can be assured that such gear is indeed the real deal. Or another example might be auto companies dropping models of their cars into the Metaverse to let people test-drive them.

Those of you old enough to remember Second Life or even MUD games will know that we have heard pretty much all of this before. In the early naughties, there was even a land grab for real estate in Second Life - with some making millions overnight - but it didn't last. Personally I believe this time might be a lil different, with availability of high bandwidth connections, Open technology platforms, Blockchain technology as well as viable VR hardware, the Metaverse's time might be just round the corner.

To close off let's consider what you should do to get yourself ready for the Metaverse. To do this, let's imagine some scenarios of how this might play out.

1) Will this just be yet another Ad-filled environment over-run by advertisers? It's hard to say for now and purist would like to think not.

2) Will the Metaverse be dominated by a single company like Facebook? Maybe, as they do have the resources to do this and they appreciate the profit potential of such a venture. 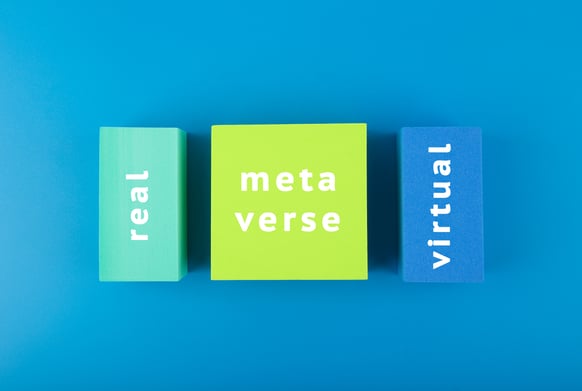 Either way, as Marketer, you will need to be a lil more Creative and instead of just plastering your brand on virtual billboards, think of how consumers would like to engage with and experience your brand in the Virtual World. In order to do this, you will first need to understand the underlying concepts and Technologies behind the Metaverse and start to experience and experiment with what's already available today.

For a first visit to the Metaverse - I would suggest checking out Decentraland and logging in to experience what might be where people will be spending the vast majority of their time in the near future.

Want to learn more about the Metaverse and how we can help you build Brand experience for it? Reach out to speak with me.