Singapore General Election 2011 was a rock-on, hard-on, hotly contested election which pushed the incumbent political party to its limits. It also served them notice of Social Media's existance – when Facebook and Twitter became the wellspring (and some might say “more trusted source”) of election news.

Four years later and one election wiser, the ruling party and the opposition have been climbing onto the Social Media bandwagon. They’ve been posting thoughts, updates and Wefies on Singapore’s three major channels -- Facebook, Twitter and, increasingly, Instagram -- to great effect and greater fanbase.

Given their now proliferate social media presences, we wondered:

“Who would win if the elections were decided by social media?”

So until Polling Day, we’ll be presenting a head-to-head, toe-to-toe evaluation of each party’s Social Media presence in their constituency. First up, the hotly contested GRCs and SMCs in the east: East Coast, Marine Parade, MacPherson and Fengshan.

Psst...wanna stalk your candidates, check out our post on all GE2015 Candidate's Social Media profiles. 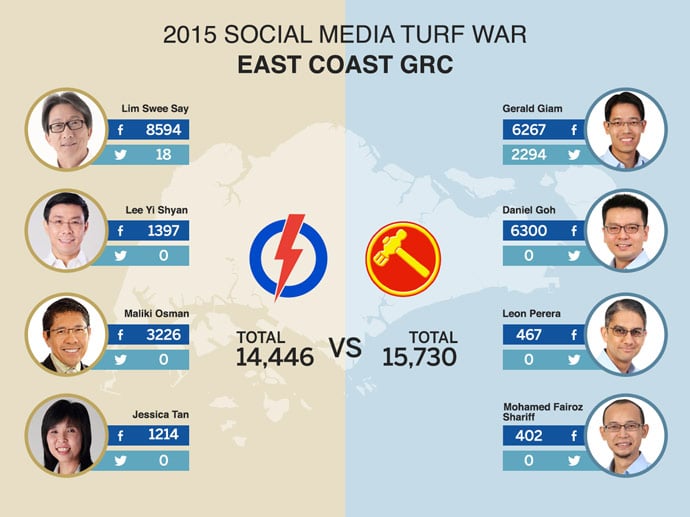 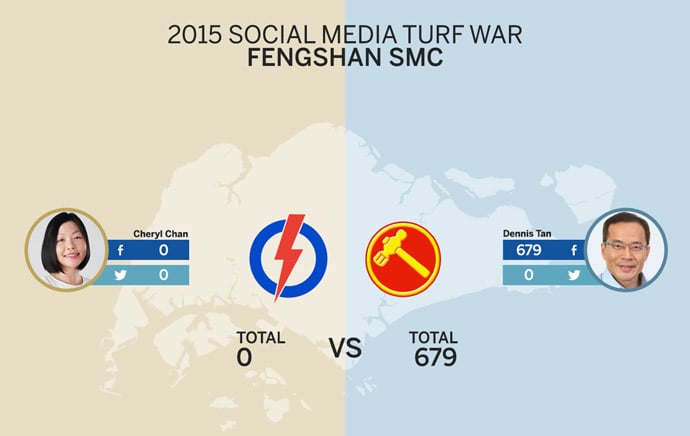 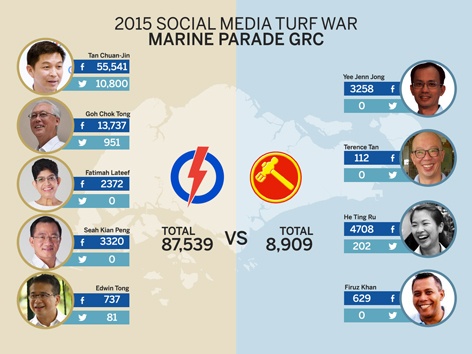 Watch out for the Part 2 tomorrow.