What marketers can learn from Lerine Yeo of 'S hook' viral video fame.

There’s no way to tell for sure what kind of content goes viral. There are many guides offering tips to create viral material. While these ensure your content stands a chance at that elusive viral hit, through structured pointers aimed at pushing engagement and making connections with audiences, only some actually manage to go truly viral.

Since it is difficult to go viral, what brands can and should be doing instead, is identifying opportunities to ride viral tidal waves that appear ever so often, which present opportunities for brands to 'surf' increased audience interest around a subject matter.

Today we examine how Lerine Yeo, better known as 'S Hook Zeh Zeh (sister in Mandarin)' or 'S Hook Ahlian (woman in Mandarin)' went viral. Don't know who she is? Read on for some context behind one of the biggest viral hits in 2018 in Singapore (so far).

How Lerine Yeo got consumers hooked.

If you live in Singapore with internet access and haven’t heard of Lerine Yeo, then you’re amongst the minority. The 30-year-old is the owner of an online garments shop - Misshopper Boutique on Facebook - and does ‘Live’ videos to promote her products.

Someone recorded and shared one such video, which catapulted Yeo into the limelight. The said video now has over 2.2 million views and over 34,000 shares!

Viewers were incredibly amused at the 3-minute clip, which featured Yeo switching between English and Chinese dialects, making the sales pitch of her life to promote a t-shirt with holes. How? She used S-hooks to hang a plethora of items on herself! Now, this is something no guide will teach.

Subsequently, videos of her selling a dress and a pair of boxer shorts further fuelled her rise to fame. 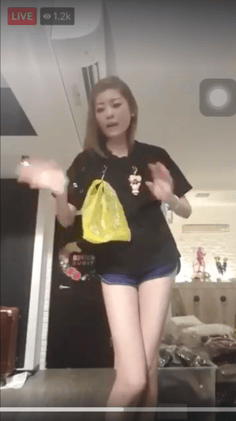 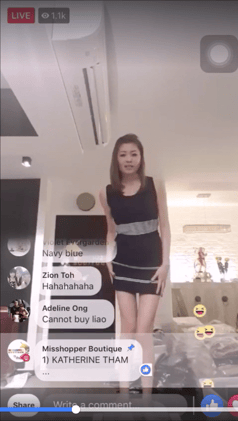 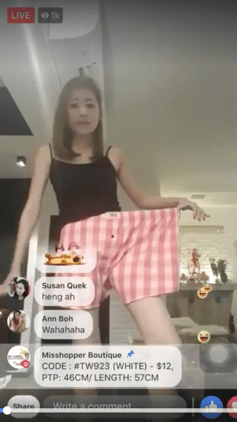 Local radio stations picked up on the hype - Yes 933 interviewed her via phone while Love 97.2FM’s invited her to their studio where she was made to do an impromptu sales pitch for the station’s umbrella. One of the DJs, veteran actor Mark Lee, was so tickled by her brand of humor that he signed her to his artiste management company on a 2-year contract.

She has since been covered by online and print news outlets, even outside of Singapore. Not bad for someone who only received 20-30 views on her live broadcasts from her page founded less than 7 months ago - on 17 March 2018.

How brands jumped on this viral bandwagon.

All this buzz did not escape the attention of commercial brands. Skyscanner picked up on the hullabaloo first, the day after the original video was shared.

No stranger to responding to viral waves, Ikea and Scoot, too, jumped on the bandwagon a week after the original posting, incorporating witty captions that referenced language used in the video to accompany their images.

While Skyscanner’s response was quicker, Ikea’s and Scoot’s ads garnered more attention because they were posted when the topic was at its’ hottest - after being featured on online sites like Mothership and Stomp. It wasn’t just the quality of the content but also the timing that increased the visibility of these ads.

Lesson to be learned: when trying to ride a viral wave, it is sometimes better to try and hop on when the wave is at its peak.

While lighthearted or humorous viral content can prove to be a good wave for brands to ride on, controversy can also present a big albeit risky opportunity for brands.

In June this year, local online news site Mothership put out an exposé on influencer Daryl Aiden Yow, who had over 100k followers on Instagram and was sponsored by major brands like Colgate, Sony, Uniqlo and Issey Miyake. The article exposed a dishonest Yow, who passed off photos that heavily sampled stock photo sites or were from other photographers, as his own.

Other local influencers, photographers, and the general public condemned Yow while news organisations such as The Straits Times, Channel NewsAsia and even the BBC perpetuated the story.

On the very same day the exposé was posted, Scoot put out an ad that wittily responded to the scandal. It garnered over 5.5k reactions and more than 3,100 shares.

Not only was the ad greatly received by the public, Scoot continued to pander to their interests by responding to comments with intelligent quips and GIFs, amassing even more praise for the brand and their social media team. 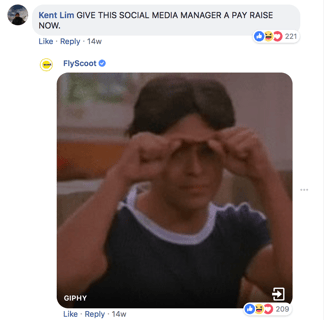 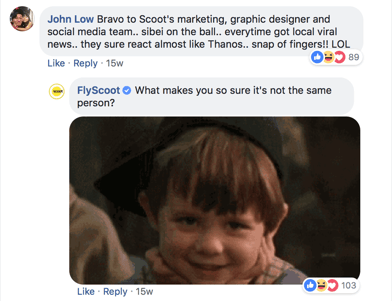 Huffington Post deemed a tweet by Oreo “one of the most buzz-worthy ads of the Super Bowl” in the U.S. in 2013. The event suffered a momentary blackout and within minutes, Oreo had put out a tweet that brilliantly responded to the incident. The tweet was greatly received, garnering over 14,700 retweets.

As evidenced, marketers fronting brands need not always shy away from controversy. Responses that are timely and well-crafted can turn around a negative situation into a winning formula that incite positive perceptions of said brand.

1. Keep a close eye on what’s trending on social media.


Timing is the most important factor when responding to viral content - optimally either soon after a big incident, or when content has gained enough traction. If you're managing a brand's social media - you should be heavily entrenched in social media yourself, in order to identify trends (and the opportunities they present) quickly.

2. Select the right content that suits your brand and respond intelligently.


Riding on popular waves are beneficial only if they are relevant to your brand or you are able to effectively turn it in your favour. Use humour for a greater impact. If there is really no angle from which you can leverage - don't force it. Users can sense forced conversation 'hijacks' - and these do not do as well as you think they would.

3. Continue engaging your audience even after your response has been posted


If your response post is well received, the public are likely to leave comments on it. Engage with these commenters to not only increase visibility of the post but also take the opportunity to improve the perception of your brand.

While creating posts that go viral isn’t an exact art, leveraging on existing viral content is an easier way to gain a fair share of limelight for your business - minus the ideation, planning and rollout costs.